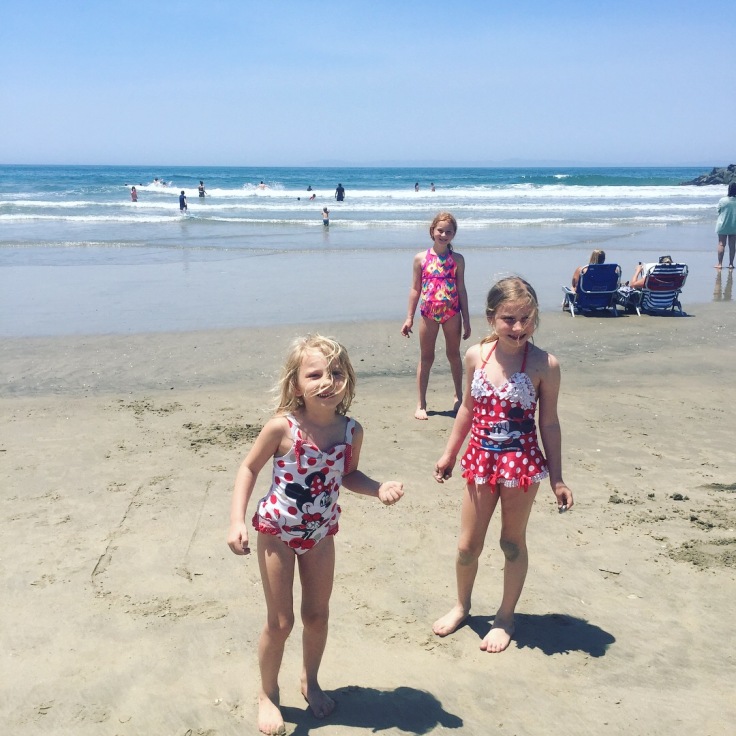 You can’t go to California and not check out one of their fabulous beaches! I mean, you can, but we don’t recommend it. The only time we don’t hit the California beaches is in the off season. But if the weather is nice, you gotta go! If it’s off season and you still want to get those California Beach vibes, check out Santa Monica Pier. More about that later!

This past California trip for our family, we didn’t do Disney (cue ugly cry face). But we did do a beach! We went to Newport Beach, which is lovely. We got free parking on the street, and as we walked in we saw a pod of dolphins in the water! It was unbelievable. 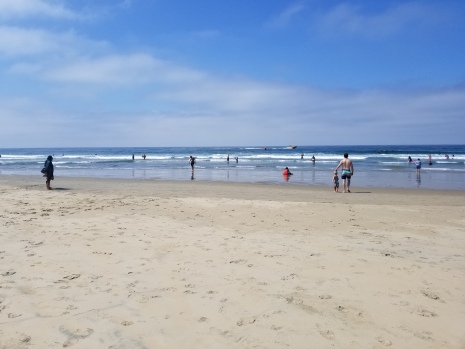 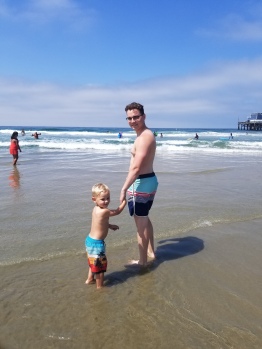 Here are a few thoughts I have about beaches in the Los Angeles / Anaheim area:

If you’re super crazy and want to brave LA traffic, I really liked Santa Monica Pier… but not for swimming. On the off season, this might be a good option, because there’s TONS to see and lots to do that doesn’t include getting wet. 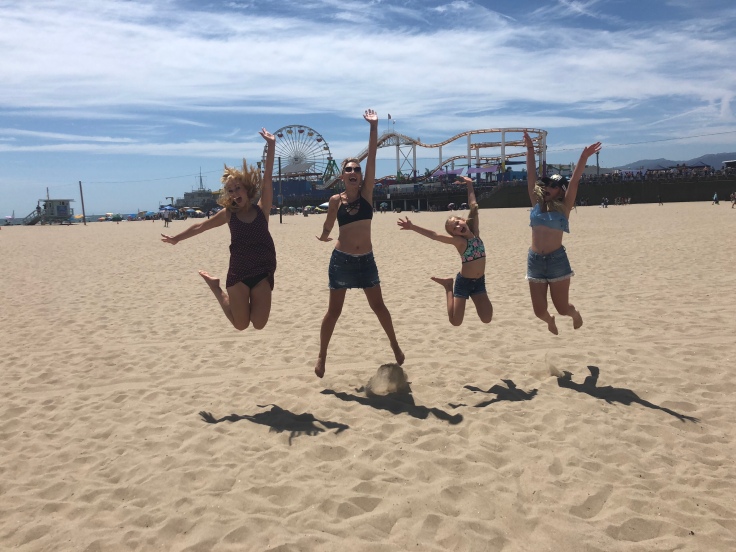 In August it took us an hour and a half to get to Santa Monica from the Disneyland area on a SATURDAY! We thought the traffic wouldn’t be as bad. We were wrong, and also the pier itself was super busy being that it was a weekend. It was hard to find parking so we ended up in the public parking stacks which I recommend rather than driving around looking for parking. Side note: it you have a roof top carrier it does not fit into the garage. We found that out as we were going in and my husband had to quickly remove it whilst creating a traffic jam and having people honk at us to get out of the way. Oops!

The pier itself is a busy, whirlwind sight, and then if you walk up a few blocks you’ll get to the best shopping strip I’ve ever been to. It’s highlighted on lots of TV shows and movies, and I really loved it! The beach and pier are really busy, though, so if you’re looking for a good beach day, try one of the 3 local beaches. 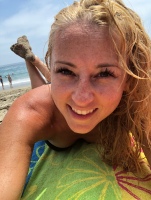 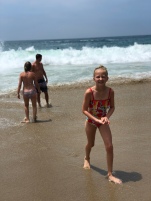 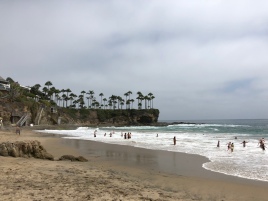 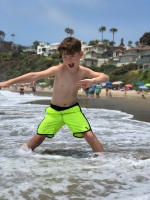 This last visit we decided to check out Laguna Beach. We paid for parking and walked down to the beach and I was like, NOPE. I hadn’t been to the public beach in Laguna before and I just didn’t like it. My daughter and I had to go to the bathroom because traffic… and it took forever to walk to it. The beach itself was really dirty and there were a lot of homeless people, which just didn’t make me feel safe. The washrooms were disgusting and there was a woman who was high in the bathroom, who really freaked my daughter out with her yelling. Not what my California dreams are made of. So we packed up and went to a beach that was close by called Crescent Bay Beach. There is no beach parking so you have to park on the street in a residential neighborhood and walk down. It’s quite a steep incline to get down to the beach, so if mobility is an issue for you that may be a problem. It’s a little hidden gem, which is popular for the locals. There’s a nice washroom right there and lifeguards on duty. I was super impressed with the lifeguards. The waves were actually quite strong the day that we went and I saw the lifeguard go in 3 or 4 times to make sure people were okay. The beach itself is really clean and it’s in an adorable little cove. You can see a large rock with seals on it from there as well. If you happen to go when the tide is out there are tide pools. It’s a smaller beach, but our top choice. 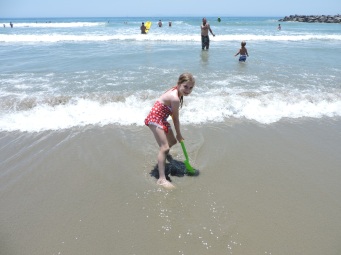 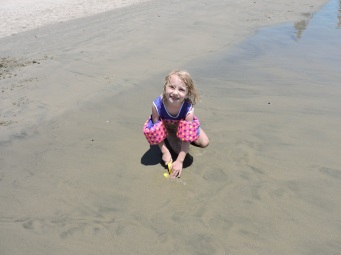 As a girl who loved watching “The O.C.” growing up, I fangirled hard when we got to Newport! We went on a weekday, and it was peaceful and quiet. We also went on a weekend, and while it was much busier, there was plenty of sand for all.

The first time we visited Newport was last September. We had driven down from Vancouver and had the beach on our bucket list, so we packed a large umbrella, sand toys, and a beach blanket for our one day at the beach. We picked up a snack tray with crackers, cheese, and meat, and had a cooler for some ice cold beverages by the ocean. Honestly, throughout the trip the pool days had been a struggle. Our (then) two year old was just not into it, and lasted maybe a half hour at the pool. Once we got to the beach, we couldn’t keep him out of the waves!

This last July we had the pleasure of returning to the area, only this time we flew and had to rent a car for the day to get to the beach. It was a challenge packing a couple beach towels in our carry-on’s (What’s up? No checked bagged fees for this fam!), but we did it. We didn’t have any toys with us, and our towels immediately got filthy from the sand. Two towels also got very crowded with the four of us sitting on top eating lunch, but it was still a highlight from the trip. It is a lot of work, but our three year old giggled and laughed as he jumped the waves for almost two hours. 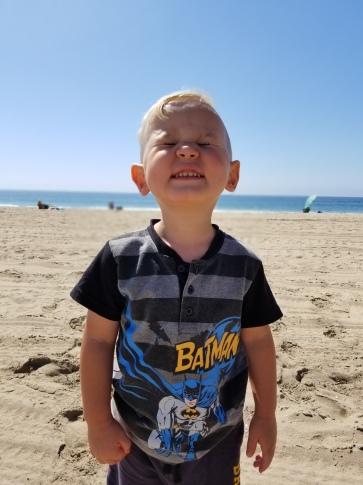 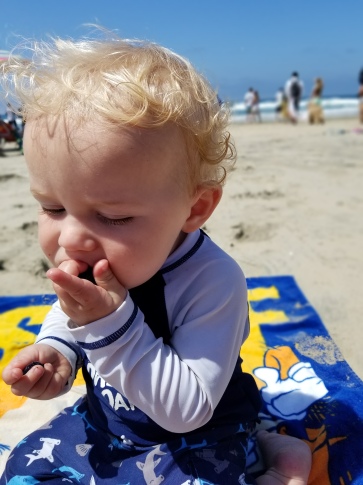 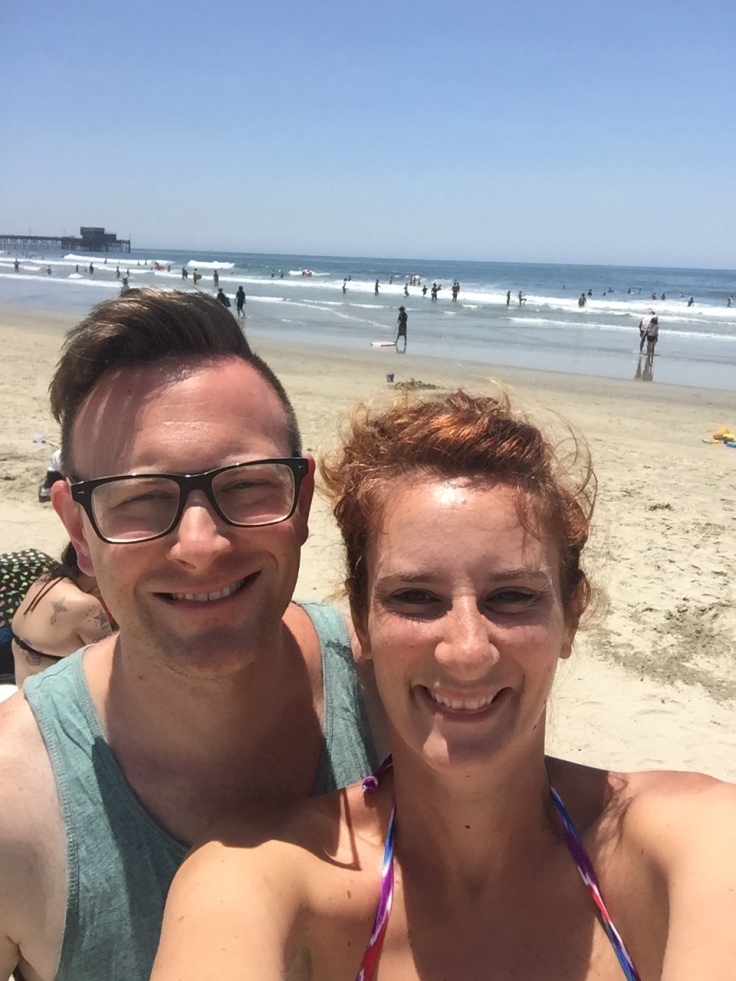 Beach with a Baby

At Newport Beach, there are public bathrooms and change rooms close to the pier, which was ideal. However, there was NO change table for a baby (we had our one year old with us, and had to create a makeshift change area). 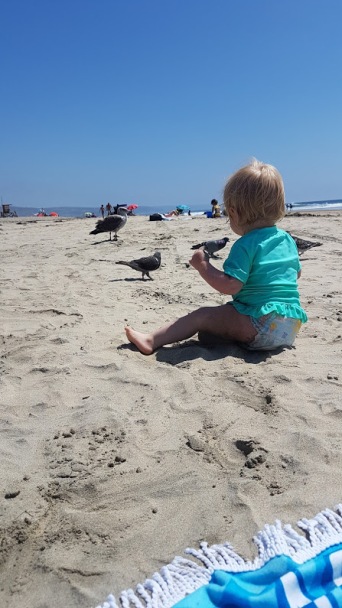 Going to the beach with a baby does come with a lot of challenges, but we found that Newport has some areas where the water was quite shallow. This created more of a wading pool section, which was my daughter’s favorite place to be. She was able to sit there or crawl around without any currents making me nervous, and no waves splashing her face! Also, this created more of a “tide pool” environment, so we got to watch the shellfish feeding, and even digging themselves down deeper! Great science moment if you have kids that are a little older.

I’ve recently seen people get cheap (like dollar store cheap) small round pools and blow them up to put their baby in on the sand. This works especially well if you have a baby that doesn’t like sand or if you need to put them down for a few minutes to help the other kids.

Thanks for stopping by and have a magical day!
Erica, Heidi, Elisia and Danielle